Our Problem Solvers Meetup series is halfway done! Here's a Wrap Up

So, we don’t know about you, but for us, it’s been quite a month!

We started the Problem Solvers meetup series quite strong! That’s thanks to you, of course. We are doing it for you, and seeing that you learn something from our speakers means that we are doing a good job.

We only had three meetups, out of the total eight that are being planned for this year and boy, oh boy, it’s been quite something.

We are really curious to see how the others will go, and how big the community will be until the end of the year.

Until then, here is a summary of what has happened so far:

This is where it all started – The first round of the Problem Solvers Meetup Series. And it was one hell of a start.

We were so excited to see so many of you, we’re pretty sure you could see it on our faces.

That’s when we knew that the Problem Solvers Community was going to turn into something BIG.

Harry did his thing, as usual. He taught us why problem framing is a must before running Design Sprints. Solving Problems is important but how do we know that we are solving the RIGHT PROBLEMS? Well, now we know. And if you weren’t there, you can find out how from the video below.

Harry wasn’t done! Oh, no. Talking about Design Sprints and Problem Framing is one, but putting it into practice is a whole different thing. So he did a workshop.

Again, we were so excited to see you all getting to know each other, working together, discussing solutions, understanding each-others perspectives and finally proposing one final solution. TEAMWORK! We loved it, and we hope you loved it too.

For those of you who weren’t there, our friend, Sebi Boancă, who took part in the workshop, wrote a sweet article about it. You can check it out at the link below.

How can a Design Sprint accelerate your product idea?  Article by Sebastian Boancă

As you probably noticed by now, we like to record what we do. So, obviously, there’s a video of the workshop, which you can check out at the link below.

New month, new Meetup, new faces! There were even more of you at this event. WOW!

This is it, we were thinking, our work is showing results. The community is growing bigger, the speakers are more and more excited to share their knowledge with you, and you, well, you were ready to learn as much as you can.

Nadia came, rocked the stage, and left. Well, not really.

Nadia came, taught us the basics of AI and common machine learning applications, with some cool examples (remember the chicken nugget/doodle one?), then she moved on with the Design Thinking basics and then BANG! The workshop.

You should have seen yourselves, grouping with people you probably didn’t know at first but with whom you made strong ties by coming with ideas together, using Nadia’s cards. Remember how cool those were? You can get them at the link below, along with an ebook and a ton of canvases to enhance your workshops.

Here it is! The „Design Thinking Meets AI” Toolkit.

And, of course, the video…there’s always a video!

Whew, this was a tough one!

Were we going to make it? Of course, we were. A little on the edge but we did it!

We wanted to „take advantage” of the topic that Rafael was going to talk about so we not only organized one meetup but TWO! One in Bucharest and one in Cluj-Napoca, one day apart from each other.

So we got to Bucharest, Rafael was waiting for us there, while enjoying some of the experiences Romania has to offer. We worked in some really nice places, then on Tuesday, we had the meetup, where we met some really great people! We were really excited and Rafael was excited too!

Right after the meetup was done, we had 20 minutes to get to the train station to catch the train for Cluj-Napoca, where we were supposed to have the next meetup.

We did it, we caught the train (this was another one of the Romanian experiences that Rafael enjoyed).

In Cluj-Napoca again, we met some cool people, made some great connections and Rafael felt accomplished. After all, he had a full week in Romania with talks, fun and traditional food (which we think took the most toll on him, „mici” and all that…)

Overall, it was awesome! We were a bit tired, maybe you could tell, but it was worth it! 10/10 we would do it all over again. And we will.

Well, this is just the beginning. There’s a lot more to come.

Until then, we want to thank ALL OF YOU.

Without you, we couldn’t get where we are now, and we are grateful for that.

If you want to keep in touch and help us grow the Problem Solvers Community, you can follow our next events:

On our Meetup group – Problem Solvers – Inspire to Innovate

Find out everything you need to know about innovation – The innovation process, types of innovation, and approaches to innovation. 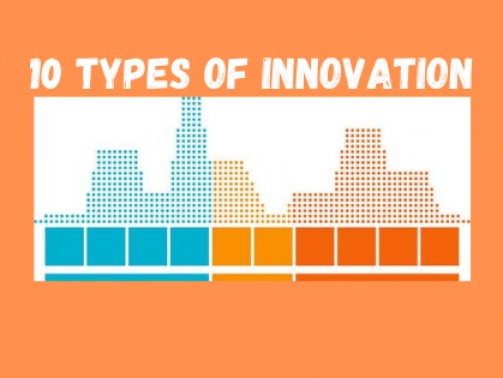 Learn more about the 10 types of innovation developed by Doblin, which fit in three categories: Configuration, Offering and Experience.

Find out everything you need to know about the Innovation Landscape Map and its types of innovation – Routine, Radical, Disruptive, and Architectural.